Patents for a double ended locomotive type boiler, which was to become a characteristic feature of all "Yorkshire" wagons, and the transmission to the rear axle were taken out by Joseph Clayton and George Hutchinson Mann in 1900. Joseph Clayton was a director in the firm of Clayton, Son and Co. Ltd. of Moor Works, Hunslet and George Mann was the brother of James Hutchinson Mann owner of Mann's Patent Steam Cart and Wagon Co. Ltd., Pepper Road, Hunslet, Leeds. The first wagons were produced under the name of the "Yorkshire Steam Motor Company" at a small works in Ingham Street, Leeds in 1901. In 1902 the company was purchased by Deighton's Patent Flue and Tube Company Ltd. and the name was changed to the "Yorkshire Patent Steam Wagon Company" with the sub-title "Branch of Deighton's Patent Flue and Tube Company Ltd". In 1903 the works moved to a new site, alongside the parent company's works and those of Mann's in Pepper Road. The name of the company was changed in 1911 to the "Yorkshire Commercial Motor Company" (retaining the sub-title). The change was adopted to reflect the firm's short lived diversification into the production of internal combustion engined vehicles. In 1922 it was decided by the directors of Deighton's Patent Flue and Tube Company Ltd. that the name of the steam wagon side of the business did not emphasise the type of vehicle that they manufactured and the name reverted to "Yorkshire Patent Steam Wagon Company" again retaining the sub-title. A further change of name did not occur until 1971 when the name of the parent company was changed to "Yorkshire Vehicles Ltd"; 34 years after the last steam wagon had been made at the works. The company was finally dissolved in 1993.

The first engine used was a two cylinder compound with the cylinders mounted one on each side of the chassis; the high pressure on the off side and the low pressure on the near side. The valves were actuated by a single eccentric reversing gear, similar to that used by Mann's. Sliding gears on the crankshaft driving onto the second motion shaft provided two speeds. The differential was mounted on the second shaft and gears drove the rear wheels. An early modification was to move the differential onto the rear axle which reduced the number of gears required in the transmission. In late 1906 a new design of engine was introduced which radically altered the layout of the wagon. The engine was now fully enclosed in a cast iron crank case and was mounted vertically between the frames inside the cab. Hackworth valve gear was adopted and drive to the rear axle was by roller chain. The revised layout had the gearing mounted on an extension of the crankshaft, which gave "Yorkshire" the opportunity to offer three speed versions of the wagon.

Most of the boilers used in the production of "Yorkshire" wagons were supplied by Clayton, Son and Co. Ltd., the directors of this company also being directors of Deighton's Patent Flue and Tube Company. There are records which show that Ruston Proctor of Lincoln also produced several boilers. The original boilers had a square firebox but the boiler was subject to a programme of continual improvement and a circular firebox, to reduce number of stays required in the firebox sides, was patented in 1909. At about this time the wagons were given type references: WA 6 ton, WC 4 ton and WE 3 ton. With modifications, the WE type remained in production until 1931, by which time it must have seemed a thoroughly antiquated machine with its open gears. 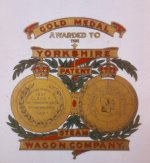 In 1907 the company entered a vehicle in the RAC trials where it won a Gold Medal in Class F. An image of the medal was included on the transfers applied to later Yorkshire wagons. 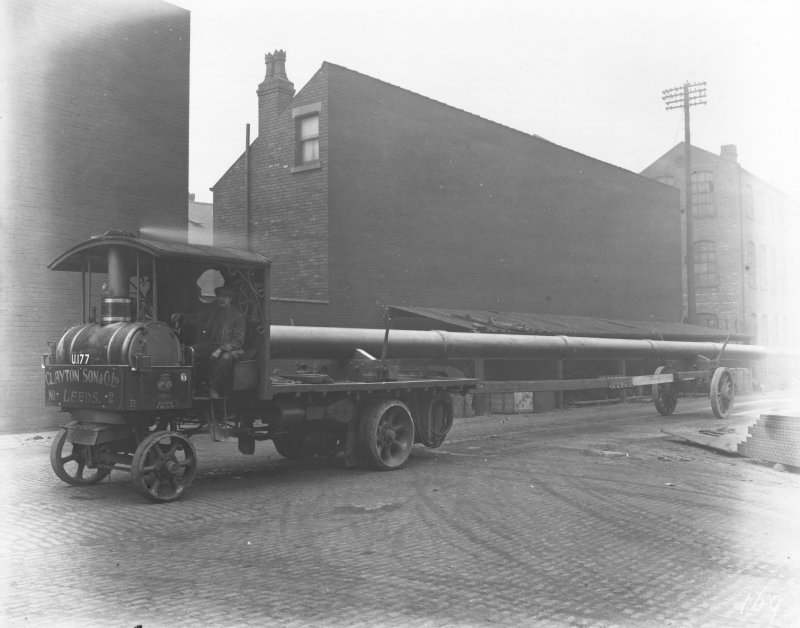 Yorkshire number 70 of 1905 which spent its life with Clayton, Son & Co. It had been converted to steel wheels with rubber tyres and received a new boiler in 1917. It was last licensed in 1929.

The basic layout of the "Yorkshire" remained unchanged from 1906 until 1922 when the WF shaft drive wagon, designed by Walter J Lewin, was introduced. The engine in this wagon was turned through 90 degrees so that the crankshaft was in line with the gearbox and prop shaft. Hackworth valve gear was retained but piston valves were now used. Lewin left Yorkshires in 1923 and joined John Fowler (Leeds) Ltd. as Works Manager where he led the design of Fowler's attempt to enter the steam wagon market. Lewin's patents, held jointly with the Yorkshire Patent Steam Wagon Company, were used in the Fowler wagon which as a result shared many features with the WF model Yorkshire including the option of a Gully Emptier body. 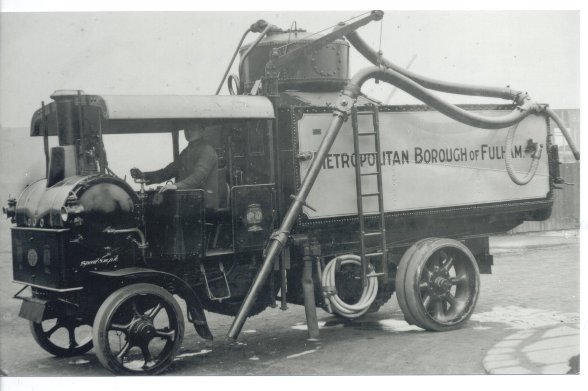 In 1926 the WG Yorkshire was unleashed onto the market. This wagon had independent chain drive to the rear wheels, the differential was incorporated in a countershaft unit, which was required to turn the drive through 90 degrees as the crankshaft was still mounted in line with the chassis as on the WF model. The engine was much improved; Joy valve gear had been adopted and the two gears were accommodated within the cast iron crankcase. The same arrangement was used on the later shaft drive WH model and six wheel WJ model. 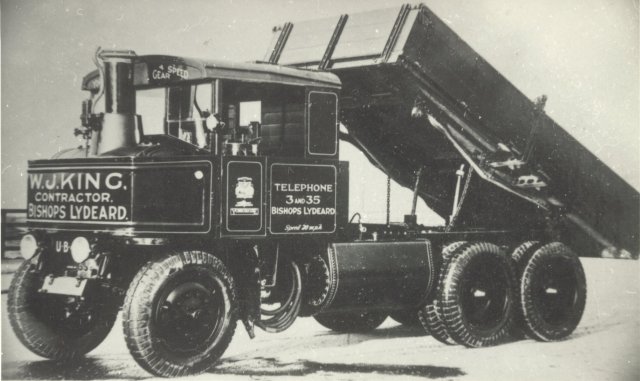 "Yorkshire" steam wagon, shaft drive WH model number 2271 left the works in 1937 for the Sheffield Corporation. The last in a line of about 1400 vehicles.

See the Surviving Yorkshire Steam Wagons page for details of the few examples that are still extant.

Between 1934 and 1937 the company built a number of modern diesel wagons, fitted with engines by Gardner and Dorman, in four, six and eight wheel configurations. It is thought that fewer than 70 such vehicles were built before the company concentrated on the manufacture of gully emptiers and road sweepers on various commercial vehicle manufacturers' chassis.

In March 1971 the company name was changed from Deighton's Patent Flue and Tube Company Limited to Yorkshire Vehicles Limited. At some time prior to the change of name the company had become a subsidiary of the Hestair Group. The company had vacated the Pepper Road site in 1971 but a presence was maintained in Leeds where the maintenance of gully emptiers and road sweepers was undertaken. Yorkshire Vehicles Ltd. was dissolved in 1993. As a result of several company changes the business is now known as Dennis Eagle, and moved to a new site at Gildersome near Leeds in March 2018.