Garrett overtype wagons were built between the years 1909 and 1927, during which period 693 wagons were built. The first wagons were of 5 tons capacity, with slide valves fed by steam from a superheater in the smoke box. In 1912 the engine design was modified to use piston valves and a 3 ton wagon on steel wheels with rubber tyres was introduced. In 1925 building of a new design of 6 ton wagon with a higher driving position and Ackermann steering was commenced but these were not considered to be as successful as the Foden 6 ton overtype and only eight examples were made.

Wagons in the United Kingdom 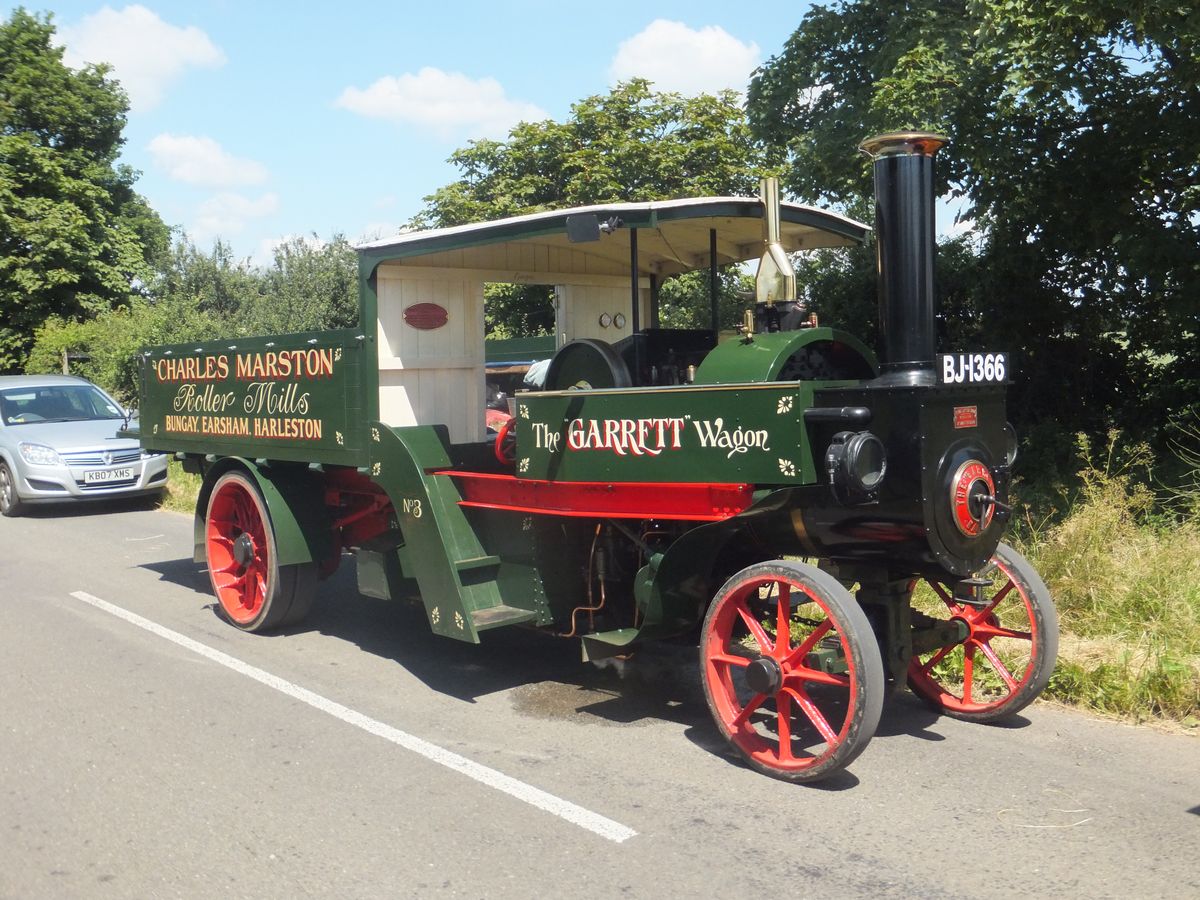 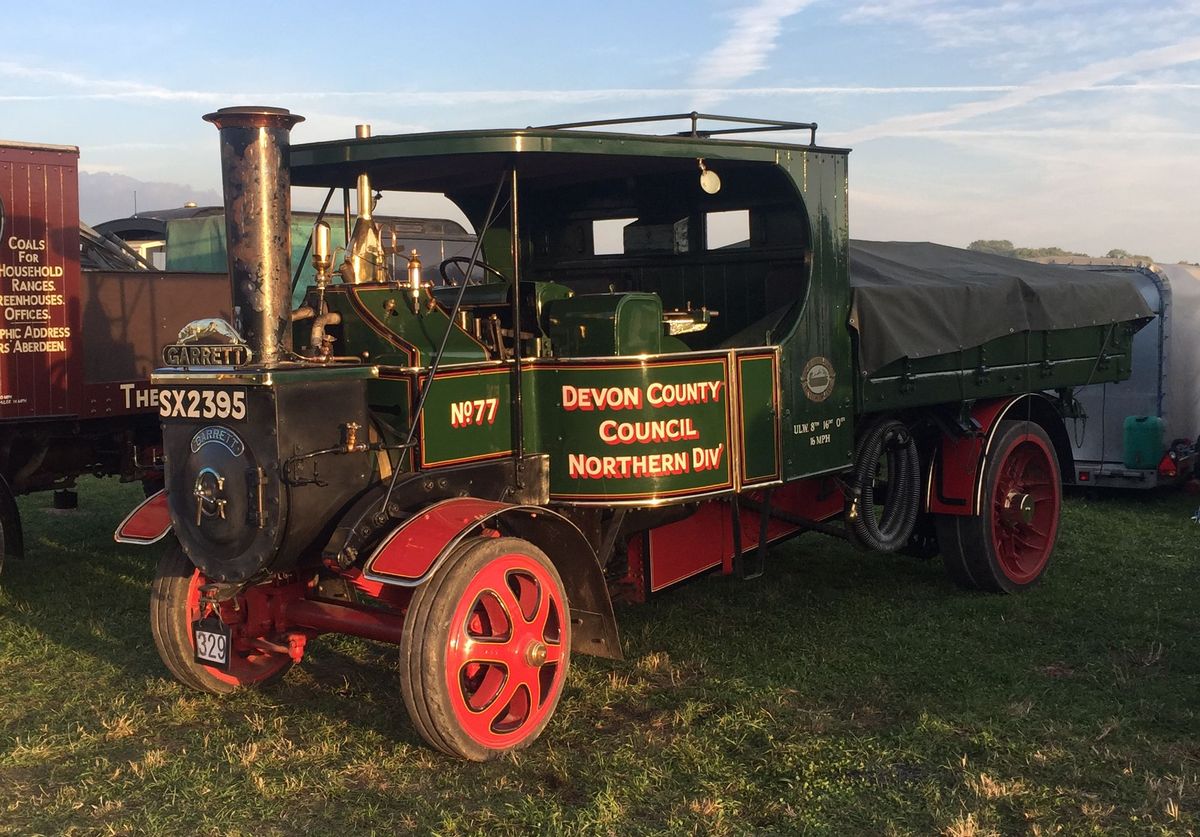 6 ton three way tipper 34932 of 1926 at the Great Dorset Steam Fair in 2018. This wagon had spent several decades in Canada with the Matthewsa brothers before returning to the UK with Mike and Des Brown. Coincidentally this wagon started its career, in the ownership of Wm. Aitken of Linlithgow, Scotland, close to where it now resides. The hydraulic tipping gear is by Bromilow & Edwards and is driven by a steam turbine mounted at the rear end of the chassis. The sides of the body are double hinged to assist with loading the wagon by hand. Materials would be shovelled on with the sides fully down and then, when they started spilling over the edge, the first half of the board would be raised until further spillage required the full height of the side to be raised. (Unfortunately this feature is hidden by the sheet). 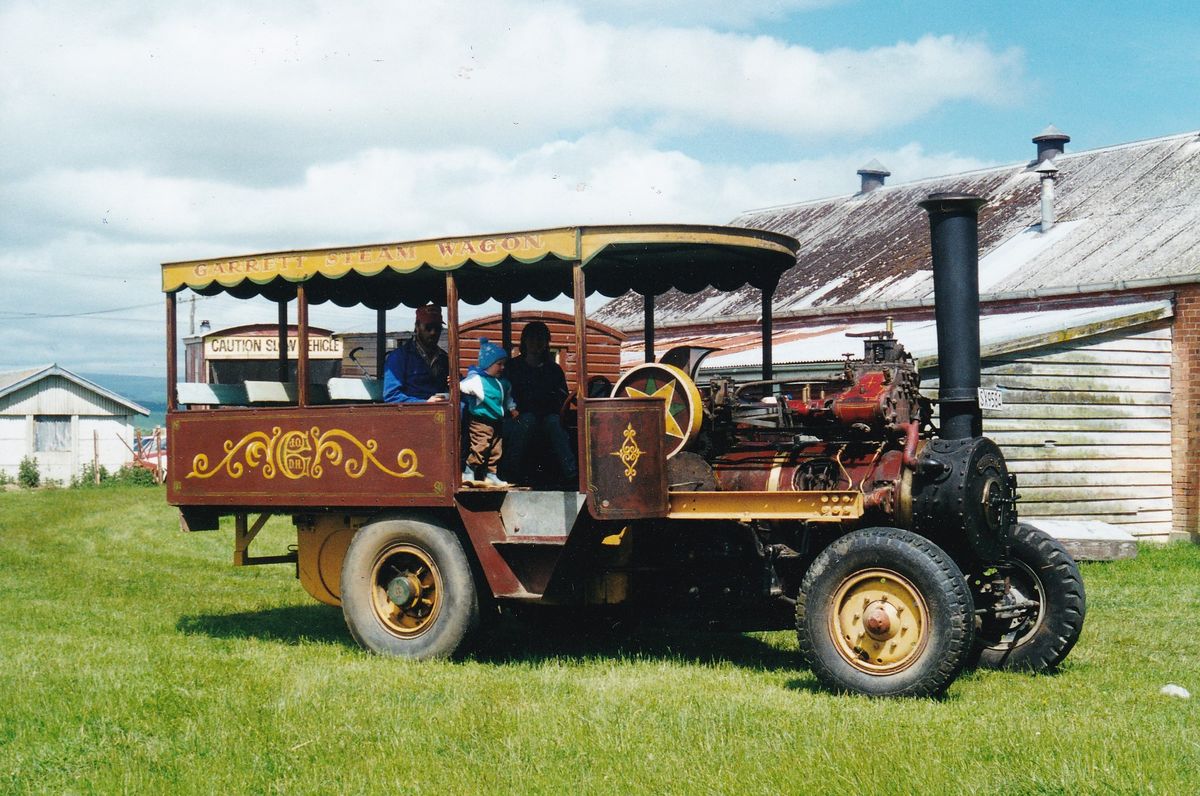 5 ton un-superheated wagon no.34033 survives in this heavily modified condition in New Zealand. Originally built as a non-tipping wagon with hinged sides and end it has had the bus body and an additional water tank behind the rear axle fitted, pneumatic tyres all round and the centre pivot front axle converted to Ackermann steering.